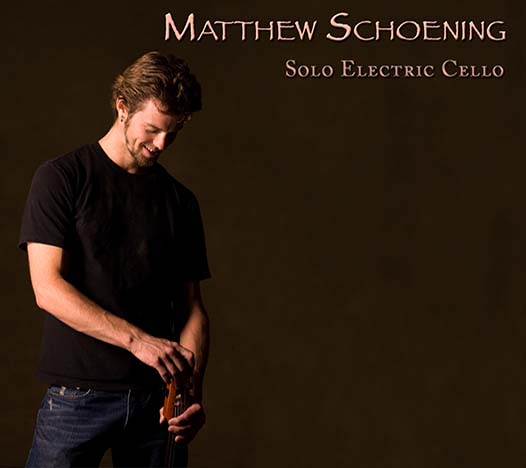 Solo Electric Cello is Matthew’s debut solo album. It was recorded in his bedroom in his apartment in LA, during the summer of 2007. He had to record it in between helicopter fly-byes, with closed windows and fans off, in the middle of the night, during the heat of summer. It was graciously funded by his longtime and dear friend Greg Gorman, who also takes most of Matthew’s photos.

This album showcases a variety of individual compositions, including some hit favorites such as “Emotional Clockwork”, “Harmonic Motion”, and “Dunes”. It has been a very stable platform from which to launch his career, as he has sold many thousands of copies and downloads.

If you are unfamiliar with Matthew’s work, style, and techniques, this is a wonderful introduction! If you are familiar, but do not have this album, it is a great example of where Matthew started. Regardless, it is quite enjoyable to listen to.